Beyond honestly gets pretty close to a well-made filter, and I would argue is much more consistent

Every so often I reach out to a subscriber to get to know their story. This time I reached out to Michael Petritsch, a Melbourne Barista, and musician and all round-top bloke.

My name is Micko, I’m a 25-year-old Melbourne boy who spends most of my time collecting records and playing guitar in a touring heavy band. I currently work as a Barista at Admiral Cheng Ho in Abbotsford and at Deluxe Guitars in Southbank, and just to add one more stereotypical trait to complete the list, I greatly enjoy riding my fixie to both jobs. The only thing missing is that I still haven’t been able to grow the beard yet, unfortunately.

How did your love for coffee all begin?

Michael: Coffee had always been a casual thing for me whenever I was hanging out with friends while in high school, but my proper interest didn’t begin until I started working in specialty coffee. Working at both St. Edmonds in Prahran and Oscar Mike in Hawthorn initially, I spent a lot of time around the coffee machine learning to make espresso coffee, which enabled me to begin to distinguish the complexities and intricacies of a well-made specialty espresso shot. The ability this granted to be able to experiment and try new and different recipes – i.e. Long Macchiato, Magic, Filter – that otherwise, I may never have bothered to have ordered, gained me an appreciation and now a love for all things coffee.

What drew you to Beyond Coffee?

Having worked in hospitality near full-time for the past 8 years or so, the majority of my coffee consumption has been making myself coffees while on shift, with the occasional Pour Over or Batchy at brunch on a day off. I own a home filter kit, and if I make coffee at home I would typically use my Kalita Wave with whatever beans I had on hand. With how often I tend to drink coffee at work, I rarely bother to take the time to make coffee at home.

Beyond honestly gets pretty close to a well-made filter, and I would argue is much more consistent as all the variables are already controlled for you, no lapse in brewing technique is going to drastically change the finished product.

Plus, since the current lockdown restrictions in Victoria I’ve been pining for good quality coffee at home – especially since I can’t leave the 5km radius to head to my favourite cafes – having the ability to quickly whip up a brew that still tastes like a good quality specialty coffee in seconds with no mess, and no fuss is invaluable.

How do you find the brewing process?

It is literally as easy as making a cup of tea – boil the kettle, pop the coffee bag in, let it sit for a few minutes and give the bad boy a few dunks, a squeeze, and it’s good to go. I’ve even taken to putting the bag in a big teapot so I can get a solid few cups out of the one bag.

How would you best describe the taste of Beyond Coffee?

Beyond sits somewhere between a batch brew and an Aeropress in terms of flavour in my opinion. The immersion of the grounds tends to give the flavour a bit more body than any methods where the water is dripped through the coffee, while not extracting quite as much of the oils as anything that extracts the coffee via some application of pressure.

What has been your favourite single-origin from Beyond Coffee so far?

I believe the first delivery was a particularly tasty Burundi. I’ve always been partial to any beans that come out of Africa – I find them typically on the fruitier and less acidic end of the spectrum. I also feel like it seems to me that the slightly smaller nations such as Burundi and Rwanda tend to have a certain added attention to detail in their flavour profiles, as opposed to the larger more established growers in countries like Ethiopia from my experience.

When you’re not brewing Beyond Coffee or working, where do you get your tasty brews from?

I still honestly feel that the reason I spent so long working at Oscar Mike (7 or so years in the one spot) was because I genuinely enjoyed drinking the coffee so much at work everyday. They use Five Senses Crompton Road for their house and a rotating Maker bean for their singles, so Maker would get an honourable mention too, though I have only attended their shopfront on a couple of occasions. Code Black in Brunswick is also consistently great, and Patricia Coffee Brewers are at the top of the game in Melbourne – their use of multiple top tier roasters from around the city to produce the best cup of coffee they can is something I have a lot of respect for.

Where is the most memorable place you have brewed Beyond Coffee?

So far the best place I’ve managed to enjoy a cup of beyond is lazing in the hammock on our back balcony in the sun. Once we are allowed back out into the world, anything is foreseeably possible, it’s convenient enough to take literally anywhere there is boiling water. Hopefully, if we manage to get back to international touring, enjoying a cup on the road somewhere in Europe would be superb.

Lastly for any new fans out there, what’s your go-to recipe for Beyond

I have yet to incorporate Beyond into anything other than a cup of hot black coffee so far, but I have a good feeling that you could turn it into a particularly tasty Espresso Martini at home, or make up a nice big batch to store in the fridge and turn it into a nice light cold brew for when we start to get nice and hot for summer.

Until next time,
Stay caffeinated! 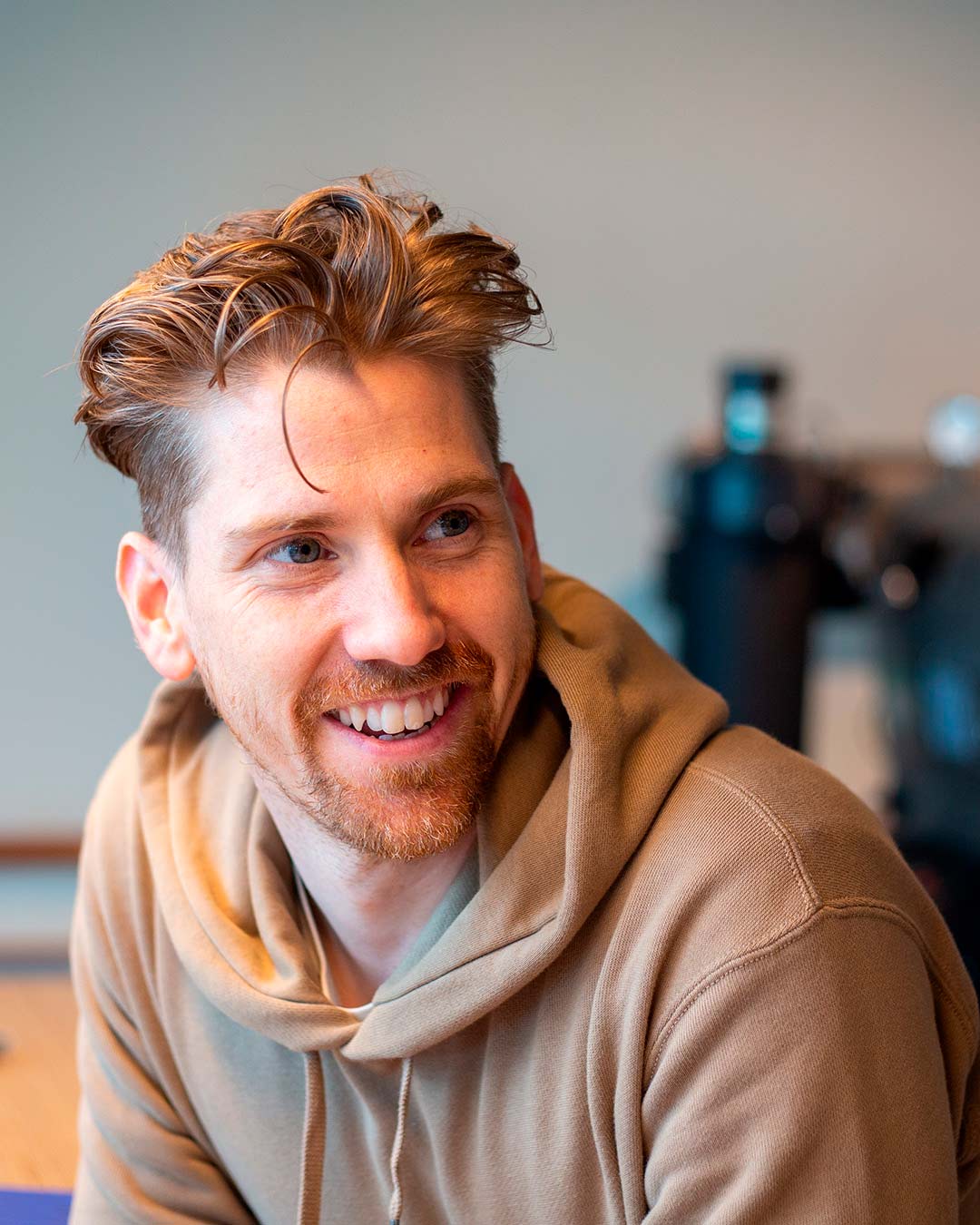